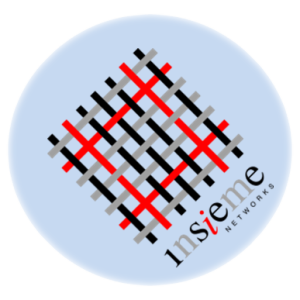 Today I’m in New York City attending Cisco’s launch of their new Application Centric Infrastructure (ACI) products. This launch is Cisco’s somewhat tardy response to Software Defined Networking (SDN) and is the first fruit of Insieme, a company 80% funded by Cisco to the tune of $100M, with an option to purchase the company for $750M – also known as a “spin-in” company.

John Chambers will be presenting, so what will likely await us?

Insieme has remained under the radar from its inception, although in the last 12 months the name has definitely been more blatantly out there and associated with Cisco. The website tells us almost nothing about what has been going on:

Insieme Networks is founded by an exceptionally talented and experienced team with a track record of delivering products that power the networks of the Enterprise, Commercial, Service Provider, and Public Sector customers worldwide.

This team is now working on emerging technologies that will ultimately lead to the network of the future in the Data Center and Cloud environments.

We will lay the foundations of the most exciting developments in communication technologies yet to come and will deliver them to the industry as we have over the past 20 years.

So that’s clear, then!

The rumor is that there will be a new Nexus switch announced – the 9000 series – which will supposedly blend merchant silicon for layer 2 tasks and a custom Insieme ASIC to run an intelligent switching fabric. If the rumors are correct, the Nexus 9000 to build an overlay fabric using VXLAN tunnels, eliminating layer 2 issues and allowing fine-grained control over the path taken by each flow across the fabric. What’s not entirely clear is what the Insieme ASIC brings to the table, and how much is in software at this point; there is talk of initial hardware only including Broadcom silicon, then the custom ASICs coming along later, while others say that both are present but that some line cards will only have the Broadcom silicon for non-fabric (edge, presumably) use.

Similar to Arista’s current offerings, it’s expected that Cisco will offer a fixed configuration leaf switch to match with a modular spine switch (what, no Spline™ switch?).

If this sounds like a hardware play, that’s because, arguably, it is. If the scuttlebutt is correct, this is a rather neat fabric that may be controlled by software but depends on the custom ASICs in Cisco’s hardware. What this means is that ACI and Insieme’s ASICs are going to have to bring to the table something sufficiently mind-blowing that customers are going to be willing to accept the inevitable hardware lock-in that comes with it. My guess – and nothing more than that – is that the switches will operate in a standalone fashion quite happily, but as is the fashion they will be opened up to external control using the controller (and within reason, the API) of your choice. But if I know Cisco, there will be an advantage to using Cisco’s own solution over anybody else’s.

How Can Cisco Beat VMWare?

The one problem with the VMWare (and similar solutions) are that they require that virtualization at the edge. The typical VM overlay solutions move the intelligence to the edge, and treat the underlay network as dumb. Cisco wants to turn that around and remove the need to have an intelligent edge, while providing the intelligence in the core so that all edge devices can benefit from the new optimized network. Plus, you’re not having to pay additional “network” licensing fees every time you add a new host. Sounds good, right?

So today I hope to find out how wrong I am, and be schooled on the truth by Cisco. I’m looking forward to finally hearing the real story about ACI and the new hardware that goes hand in hand with it.

Lucky Son of a Gun

I am privileged to be going to New York as part of a small group invited to attend the Cisco/Insieme launch by Gestalt IT’s Tech Field Day program. I am not sure how much about our agenda I can share at this point, but I’m looking forward to a busy and information-filled day with a fantastic group of people. That makes me a lucky son of a gun, and I am truly honored to have the opportunity to take part in another Tech Field Day event.

My travel, accommodation and meals on this trip are being paid for by Tech Field Day who in turn I believe are paid by Cisco to organize an event around the launch. It should be made clear that I receive no other compensation for attending this event, and there is no expectation or agreement that I will write about what I learn, nor are there any expectations in regard to any content I may publish as a result. I have free reign to write as much or little as I want, and express any opinions that I want; there is no ‘quid pro quo’ for these events, and that’s important to me.