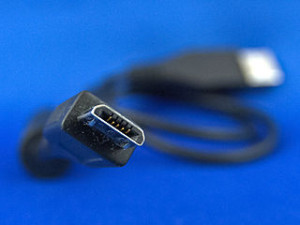 Back in 2009, a number of mobile phone manufacturers in Europe, including Apple, Sony Ericsson, Nokia, Motorola and RIM (Blackberry) agreed voluntarily to move towards a single charging standard for mobile phones, namely the MicroUSB connector. Although only a voluntary commitment, the agreement to do so was made with the European Commission. Apple still used their 30-pin connector at that point, and their workaround was to provide an adaptor with every phone to convert MicroUSB to 30-pin. When they launched the Lightning connector, again they provided an adaptor. That seems to meet the agreement in fact, if not in spirit – people can use the charger of their choice.

More recently, the EC approved a draft law that will mandate the use of the Micro USB connector on all mobile phones. Specifically, they refer to this as a Common Charger, but in practice it seems to come down to being a standard port, with this legislation coming into effect by 2017.

The idea seems to be that by standardizing on a single charging system, there would be a reduction in waste because everybody would have chargers that would work on multiple devices, and ultimately phones would be sold without chargers and a standard charger would be an optional extra you purchased only if you needed a new one (e.g. when you upgrade your phone, why would you upgrade your charger too?). In theory this sounds good, and the environmental benefits are apparently all too clear, but in practice it may be a little more frustrating with different current rating for charging adaptors mismatched with the needs for the phones themselves. And Apple is not alone in communicating with the charger to enable higher currents (Motorola was notorious for this as well), which would fail with a non-Apple-compliant charger. Still, in principal, nice idea, even if Micro USB is not a particularly nice socket.

Did I say “not … particularly nice”? Let me rephrase that as “I really very strongly dislike this connector.” I find it fiddly to put in and it feels horribly flimsy. It’s a shame that this was the chosen one, in my opinion. Don’t get me wrong, it’s not that I think Apple had it right with the 30-pin connector either, but really…

The EU wants to extend this to tablets as well, by the way.

Given the glacial pace at which most legislative bodies move, I wonder how well the legislation might keep up with emerging standards? Right now the Type B Micro USB is the accepted standard for connections, but what about the more recent plans for USB Type C – a reversible USB3.1 connector (oh hello, Lightning). Let’s put aside that this connector looks like it will be even more damage-prone than the Type B connector and assume that manufacturers want to use it. What then? It may not be as necessary for mobile phones (although a reversible connector is a nice thing to have), but I can see for tablets especially that could be of particular benefit.

I also wonder how wireless charging will fit into the regulations in the future?

While we’re on the topic, it seems to me that the mobile phone industry has, largely, self-regulated itself down to a relatively small number of charging connectors (for whatever motives they had to do so) and it’s really not such a big problem as it was ten years ago. Even across model ranges, many vendors stay consistent (e.g. Apple used their 30-pin connector on everything they released, and are now putting Lightning on everything instead).

Laptop computers on the other hand are a complete farce, with very little cross-compatibility for chargers even for laptops from the same company. Part of this of course is because it’s in the manufacturer’s interest to build a PSU at the lowest cost possible that still supplies enough juice to power a laptop, thus a higher-powered laptop requires a more expensive, higher current CPU. Sounds a bit like the mobile phone charging problems again, doesn’t it? The point is though, that it seems odd to continue to legislate on something that has pretty much already solved itself, but ignore the potentially bigger issue of the huge number of different laptop power supplies and connectors out there. Maybe it’s not possible to standardize them, but when every model comes with a new power socket it does irk me just a little.

And You’re Sharing This Because…?

Aha. This is the bit where I make it relevant to networking, right? Ok then, I will try, but only because I like you. If you’ve built an Ethernet-based data center recently, you may have been a little overwhelmed with the choices facing you for connectivity for 1Gbps and 10Gbps connections. For example, for Cisco devices should you choose 1Gbps using:

… and so on. Clearly, these are not all interchangeable because each one has distance limitations, but there’s a fair amount of overlap, especially in the fiber-based solutions. Make your choice: which flavor of fiber do you want to install in your data center? There’s a cost implication there too, so perhaps we just go with the best “value” – but then what will happen when the next generation of Ethernet comes along? Will you need to rip and replace in order to run those higher speeds over fiber? Is it more effective to put in a more expensive option now and hope it protects you later? Should we hope that more technologies come along like Cisco’s QSFP Bidi solution that might allow you to get more out of existing fiber?

So back to those pesky Micro USB type B connectors. Does one size fit all? Should we simply decree that all connectivity within a data center henceforth should be over single mode fiber and LC? This way we can avoid all that wasted MMF when changing to SMF in the future. If we always use single mode, over short distances we can simply put in an attenuator as necessary to keep the levels manageable (perhaps a parallel to Apple’s adaptors). If the next big thing doesn’t use the single mode fiber and interfaces upon which we’ve standardized, well, tough; we’ve already standardized and you can wait for the next decree. Sorry, MPO/MTP – you’re not the approved connection type.

Thinking through this, I conclude that while we have a level of standardization perhaps ironically a layer above the actual copper and fiber technologies (the SFP socket), the importance of having the ability to innovate within that framework is critical. I don’t buy the argument I saw in favor of the common Micro USB connector given on one site that claimed you could (in theory) have multiple devices and only a single charging device and cable, and oh what saving that would be. I don’t know about you folks, but I don’t charge my devices one at a time. In fact, I have multiple cables – in the car, my bedroom, my office (and/or my desk at work). What’s consistent though is that I try to only maintain a single power source in each place. In my car, I don’t use special cables, I use a 2-port USB adaptor for the cigarette lighter socket. In the bedroom I have a mains to USB adaptor to charge my phone. Ditto in my kitchen. And in my office I tend to plug into a computer to charge rather than having a dedicated power source. If I have two devices to charge, guess what – I have two cables, because I want to be able to simultaneously charge them. The benefit for me is that they all connect to USB on the source side; the connector on the phone itself doesn’t matter to much to me. I suppose if I change vendors, I might have to replace a few cables, but I’m unlikely to change my power sources. I have two phones at the moment; an iPhone and a Nokia Lumia. One uses Lightning and one uses Micro USB Type B. I have both plugged in at the same time using different adaptor cables, and every day I spit vitriol at the nasty Type B connector.

Maybe therefore, the savings for mobile phones is not in the phone connector, it’s in having every charging cable support USB as the power source. USB itself needs to keep evolving to provide more current, and that’s something that USB 3 has improved. I do think that if USB can provide sufficient current, Apple and others should stop this nonsense of only supporting fast charging using their own chargers. If the requested current is available, ANY charger should be usable.

In the data center perhaps the SFP connector is like the USB power source. Change what you plug into it, but have a consistent underlying provision that they all connect to.

The EC’s determination to force every cell phone and tablet to use the same crappy connector really annoys me. Focus on the power source, and make that consistent – and sufficient – for all the devices that the legislation applies to.

Tell me how stupid I am in the comments 🙂