Continuing my look at Cisco’s Data Center Network Manager (DCNM) software, I had to swap out a faulty spine switch recently, and got a chance to find out whether I could use DCNM to make the RMA process a little less painful than it would normally be. 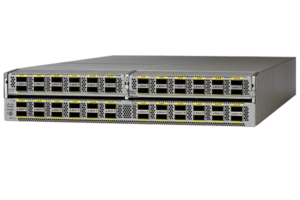 If I had a dream, albeit a rather sad one, it would be to be able to swap out a hardware component in my network quickly and efficiently, and not have to mess around.

DCNM has all the elements to make this feasible. Given a device serial number, I’ve already confirmed that DCNM can automatically deploy the correct firmware version and base configuration when deploying a new fabric, so there’s no reason it couldn’t be used to do the same thing for a replacement switch, but this time deploying the complete, production configuration in one step. Happily I already have the configuration for the spine switch I’m replacing, because DCNM takes frequent backups. I also have the appropriate firmware loaded to DCNM’s software repository because I used it to build the fabric in the first place. So how do I approach the RMA?

Telling DCNM About The New Hardware

Once the replacement switch was received at the data center, I was sent the serial number. At that point, I went to the DCNM POAP configuration and added a new device. I provided:

That’s it. The old device was unracked, the new one was racked in its place and the cables/fibers connected as before, then it was powered up. At that point, POAP did its thing and installed the firmware, staged the configuration, and rebooted the switch. Ten minutes later the switch was fully rebooted and had taken over the old switch’s role in the fabric as a spine switch. It was that easy.

Wouldn’t it be cool if this wasn’t a manual process? If I’m doing a like-for-like swap (which with an RMA I really should be), it would be really nice to have an RMA feature which works like this:

At this point, DCNM would wait until a device with the new serial number showed up on the network. When it saw the appropriate DHCP requests, it would deliver the firmware and configuration matching what was on the device that was being removed, and once the new device booted up and was active, the old device would be removed from inventory. Wouldn’t that be neat?

Even without the perfect process in place, DCNM nonetheless turned an otherwise tedious process into one requiring minimal input and monitoring.