iTerm2 is a great terminal for MacOS; far better than Apple’s built-in Terminal app, and it’s my #1 recommendation for Mac-based network engineers. One of the many reasons I like it is that it has a feature that solves a really annoying problem.

Some vendors offer assistance; A10 Networks for example has a repeat command in the CLI specifically to help with show commands:

I have used this feature quite a lot, and I particularly like that there’s a built-in elapsed time marker between each command. But how to do the same in NXOS (for example) which does not have the repeat command?

Like many feature-rich applications, I suspect many users don’t get to try out all of iTerm2’s available features, because the base functionality is so good there’s often no need to dig much further into it than how to select a font and color. The Run Coprocess command is one that I simply don’t hear people talk about, so let’s take a look! 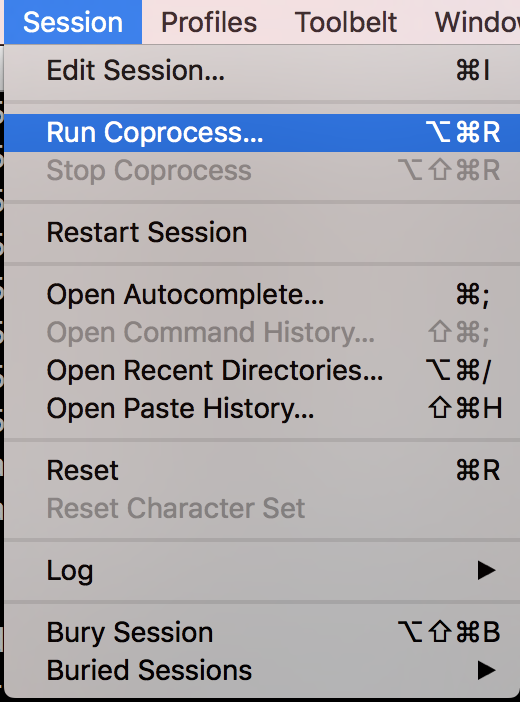 The Run Coprocess command allows a shell script or other executable to generate output which is sent as input to the terminal window. It’s easy to test by creating a shell script which uses echo command to write text to STDOUT:

Make the file executable (chmod +x <filename>), then in a window which is at a shell prompt, run the file using Run Coprocess:

It’s necessary to include a full path to the script, in this case my home directory, or ~/. The script runs and ls -al is echoed to my active terminal window as if I had typed it the command prompt. Voila, a file listing!

If I extend the logic above, it should be easy to create a script which will issue the ‘show ip arp’ command at a known interval and, to get a timestamp, how about I add a ‘show clock’ command first too?:

Since this script will loop forever, it is probably a good time to mention how to stop a Coprocess: 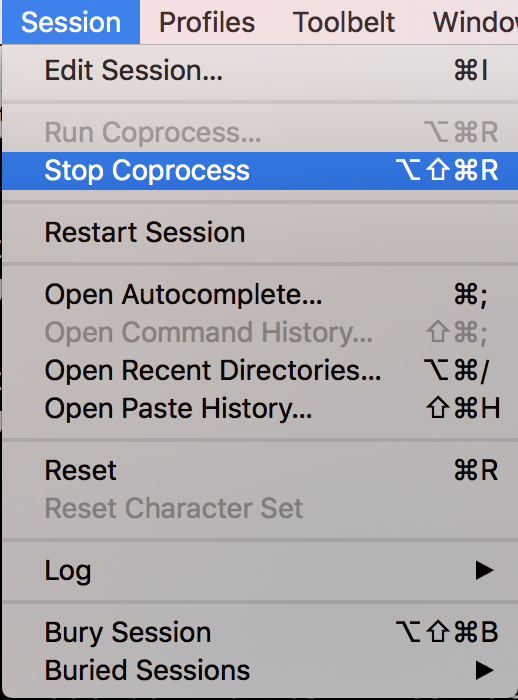 Does it work? You bet:

Bearing in mind that Cisco IOS/NXOS/XR all ignore commands beginning with a !, the timestamp generation could even be moved into the script:

And the result is as you’d hope:

This is helpful because now I can create a repeating command tool for Cisco devices which will issue a timestamp, issue any command I want, and repeat with whatever interval I choose as well:

As long as the command argument ($1) is issued as a single string (use quotes!) I can now trigger any command:

Note that the timestamps are 2 seconds apart. The unix sleep command is pretty vague about how precise it will be (thus we assume that’s going to sleep for around two seconds in this case), but with a timestamp to confirm, at least I’ll know what the delay actually was.

Handy, right? I think so. What other uses do you have for a terminal Coprocess?