My evening fun one day this week was to enable Transaction Signature (TSIG) capability for zone transfers on my home DNS servers. Yes, I know.

Why? Well, partly because it’s a good idea from a security perspective, and mainly because, well, it was there. Let’s face it, the security issues are probably limited when it comes to my home DNS servers, but that doesn’t stop me doing it for kicks. And since it’s pretty simple, let’s document it, shall we?

I can’t be bothered maintaining hosts files on multiple devices, but I really do like to have name resolution working, and given that I currently have around 50 devices on my home network this is perhaps less of stupid idea than it sounds. I also run IPv6, and the one thing I maintain about IPv6 is that you had better have good DNS, because you’ll never want to type an IPv6 address out even if you can remember it.

To that end, I currently have three DNS servers active, all running Ubuntu server. They are configured like this:

DNS1 is the zone master. DNS2 is set up as a secondary, slaved to DNS1. DNS3 is another secondary, but for fun, rather than getting zone transfers from DNS1, it instead gets a transfer from DNS2. There’s no particular reason for that in my environment other than that I wanted to configure it that way.

Go to the server that is the master for the zone(s) for which you want to use with TSIG. TSIG needs a key to be generated, and for that we’ll use dnssec-keygen, which is a tool (included with BIND) that generates DNSSEC and TSIG keys. To tell dnssec-keygen that we’re generating a host key rather than a DNSSEC zone key we use the ‘-n HOST’ argument, and in this case we’ll call it “tsigkey”, but it really doesn’t matter too much what you call it:

Running this command will generate two files with names based on ‘tsigkey’:

If you look inside the .private file, it looks like this:

The only bit we care about is the big string of characters after the Key: label. You’ll want to copy that text, because next we put it in a BIND configuration file. Edit a new file (in this case I use vi) named as you please – in this case I’m mimicking the name of the other bind configuration files, but you certainly don’t have to:

..and complete it as follows. Make sure the key is in quotes, and look out for the semicolons! I’ve called this key “my-tsig” because that’s the kind of thing I’m sure you’re expecting!

Tell BIND About The Keys

Next we’ll hook the key definition file into BIND. Edit the named.conf file:

…and add in the new file we just created at the end:

So now when BIND loads, it will also include the key definition for “my-tsig”.

We need to tell BIND which zones we want to apply the TSIG key to. In this case, I’m choosing to apply it only to one zone out of a few that are in my configuration, so I’m going to add the key information within the zone configuration under the allow-transfer element:

Note that by putting the word ‘key’ in front of the name, it tells BIND that this is a TSIG key rather than an ACL name. You’ll also note that I don’t have to have the IP address of the secondary (slave) servers listed, because what you’re saying here is that any server that has the right key will be allowed to perform zone transfer. In fact if you do add in the IP address of your secondary, you will be allowing that server to do non-TSIG transfers, which is probably not what you had intended.

You should see [OK] when the service restarts. If you get a ‘fail’, then check the syslog to see what the error was.

Take a look in syslog anyway. You may well see an error like this one:

This isn’t fatal, but it’s annoying and the fix is simple:

The master server for my “mysecureddomain.com” domain is now ready to rock and roll. We just need to configure the secondary, so let’s do that next.

On the secondary server, create the same keyfile you created on the master:

…and copy in the same content, but this time also add an entry for your master server telling it which key to use. In this example I’m using an example IP of 192.168.2.254 as my master server’s IP:

Then go hook it into BIND in the same way as on the master, by editing named.conf:

and adding this line:

Go to the secondary and try grabbing a zone transfer (put in your master dns server’s IP and choose the appropriate domain name):

With any luck, you’ll get on error like this:

This is a good thing because it means a non-TSIG transfer is being denied! Now let’s try the same thing but this time force dig to use the TSIG key (which means using sudo):

Hopefully you will now see a zone transfer scroll by! If you do, TSIG is working.

Slave of a Slave

It’s a bit meta, but in my case dns3 is a slave to dns2 (which is a slave to dns1). From dns3’s perspective, dns2 is its master. To that end, dns2 needs to be configured a little bit like a master too.

On DNS3, we follow the same steps we followed for DNS2 above.

Then on the DNS2 slave, we configure each secured zone in named.conf.local with the allow-transfer element:

…just like we did on the master (DNS1). DNS3’s configuration tells it that DNS2 is the master, so it will be looking in the right place for updates. Restart BIND on DNS2 and DNS3 so that the changes take effect, and we can now repeat the TSIG testing above, this time issuing the dig commands on DNS3, and using DNS2’s IP address as the target.

It really was that simple. You too can go completely overboard on your home network.

Coming soon: forcing visitors to my home to use guest WiFi, two factor authentication and a VPN client if they want to access my network… 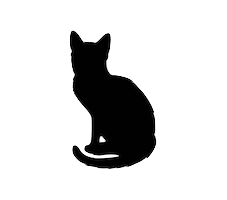