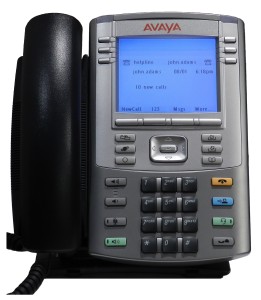 When I wrote about TRILL a while back I also mentioned Shortest Path Bridging (SPB) in passing, with the intent to write a post on it. As it turns out, I never got round to it (oops), but at that point the big players were either saying they weren’t going adopt either (Juniper, because of QFabric) or were supporting TRILL (e.g. Cisco, Brocade). SPB was the domain of companies like Avaya, HP and Nortel and it wasn’t very clear whether it was going to succeed or not.

Perhaps I now have an answer of sorts.

Winding the clock back, when I wrote my previous post in 2011, both TRILL and SPB were still in relatively early stages of development – TRILL was still trying to standardize on things like IS-IS TLV and Codepoints. Cisco had taken TRILL and created FabricPath (a “superset” of TRILL), but adopted their own standards for IS-IS ahead of the standard. Proponents of SPB argued that TRILL would need new hardware to support the frame encapsulation and thus would need all new OA&M tools; SPB in comparison used encapsulation supported by existing Ethernet ASICs and thus the OA&M is ready to rock. Fantastic! But what hope for the protocol that none of the big players were supporting?

Yes, Avaya. The folks that make telephones, right? Here’s what I said in my post shortly before Networking Field Day 7 (NFD7):

This is Avaya’s first NFD outing, and I’m really interested to see what they bring to the table. Will we hear about Shortest Path Bridging (SPB)? Their SDN play? I guess I’ll find out in about a week!

And our survey says… by golly did we ever hear about Shortest Path Bridging. Big time.

When I heard Avaya was presenting, I was a little confused because I just don’t think about them when I think “Ethernet Switching”. Seriously. If you put out an RFP for an Ethernet switched infrastructure, would you even think to put Avaya on the list? In some ways they may have the Brocade curse – a name so very strongly associated with just one thing, it’s hard to gain true brand recognition in another area. I had no idea that Avaya had such a well developed portfolio of Ethernet switches and Routers.

It turns out that the Winter Olympics organizers in Sochi, Russia must have been aware, as they selected Avaya as the Official Supplier of Network Equipment to Sochi 2014. Does that surprise you? When Avaya presented at NFD7, they talked about the network they had created to support the Sochi events, and it was pretty impressive. 40,000+ users, multicast all over the place, video streams from digital (or digitized) cameras, 6,500 VoIP phones (yay, sweet spot) and WiFi. Yes, it turns out that Avaya do WiFi as well.

Particularly impressive was the explanation about the video handling. Digital cameras and other digitized feeds were passed over the network to a central media point where the feeds were collated and streams from each location/event were transcoded to a format appropriate for IPTV usage, then piped to the televisions provided in the Olympic facilities. These TVs had many channels available and they were being fed by multicast IPTV over the Fabric Connect network that Avaya had deployed. Changing channel on the TV meant the set top box sending a multicast leave (for the channel being watched) then a multicast join for the next channel up. Users apparently flicked through the channels unaware that their TV was truly “on demand”.

Avaya is rightly proud of what they accomplished, and have a subsite dedicated to their Sochi operations.

I think that we were all pretty impressed by what we were shown at Avaya. The reported accomplishments at Sochi seem to prove that their solution scales like crazy (over 50,000 ethernet ports were provided), and the backbone was described as being “56 terabits”. Not to be sniffed at (though I’m not sure how that was calculated). The phrase “shut up and take my money” was heard being used, and I think overall the presentation just blew away our preconceived notions of what Avaya might bring to the table.

The solutions we were shown really showcased Fabric Connect’s ability to handle multicast in a spectacular fashion. If you are running a lot of multicast, Avaya should totally be on your list of vendors to check out. It’s less clear how they might compare in more ‘vanilla’ environments, although they certainly seem to have a good handle on what makes a network easier to manage and deploy. I’d add that Avaya Networking’s Chief Architect, Paul Unbehagen is a compelling speaker who brings high credibility to the company.

Let me put a caveat on that enthusiasm; this is a vendor presentation not an impartial evaluation, so whether we’d find concerns with the solution for use in other environments is an open question. However, you can’t argue too hard that Avaya has proven that it deserves to be given a seat at the Ethernet table, and that Shortest Path Bridging is a viable (Avayable?) technology that scales and functions reliably.

You really should hear the presentations for yourself. Tech Field Day offers these for free, so do take a moment to check them out. I think you’ll be as surprised and impressed as we were.

Avaya was a paid presenter at Networking Field Day 7, and while I received no compensation for my attendance at this event, my travel, accommodation and meals were paid for by Tech Field Day. I was explicitly not required or obligated to blog, tweet, or otherwise write about or endorse the sponsors, but if I choose to do so I am free to give my honest opinions about the vendors and their products, whether positive or negative.