Following up on my DCNI-2 training post from a week or so back, I found myself in Cisco DCNI-1 training. With two training classes so close to each other I took the opportunity last week to take and pass the DCNI-2 exam (642-974). I figured that I should take that exam while everything was still fresh in my mind, and feared that the act of focusing on the content of the DCNI-1 course would have made me forget everything.

So this last week I was in Atlanta attending a three-day DCNI-1 bootcamp, in person this time – and with real copies of the course books rather than eKit soft copies :-). The original DCNI-1 was a five-day course, but evidently the market demanded a shorter class, and the bootcamp was born. It’s a small class – just five of us in the room and one person on the phone/Webex, and it’s being delivered by FireFly again. In fact, I had booked with Global Knowledge but it appears that they and FireFly do the training equivalent of an airline codeshare.

The first day covered product positioning (benefits, roles) and a review of the hardware and architecture  of the 4900 and 6500 series switches and their modules/linecards, supervisors, power supplies and so forth. We then looked at VSS (Virtual Switching System) and did a VSS lab. Like with the DCNI-2 class, labs were accessed using a Remote Desktop Client, and this worked pretty well.

The VSS lab was really supposed to be a demo, but since we were a small class we split up, and each group configured one of the switches for VSS. That probably gave us more benefit than watching somebody do it for us, not least as it gave us the opportunity to delve into other command options and to test some failure scenarios that weren’t covered in the normal lab. It was interesting breaking the Virtual Switch Link (VSL) port-channel, and seeing a 60 second non-responsive console while it thought about what to do next (ultimately, to reboot the secondary switch). I’m definitely glad to have seen that, as stumbling across long periods of unresponsiveness can be very disconcerting when you’re in a change window.

Day 2 moved on to QoS and the Firewall Services Module (FWSM) capabilities and basic configuration. Certainly if you’ve ever configured a FWSM before, this section is a breeze and will not really strain you in any way. The labs were FWSM based, working with firewall contexts, transparent mode and routed mode. They wouldn’t be too challenging were it not for the frequent errors in the lab guide. Lab guide errors are a double edged sword from my perspective – on one hand it’s great because it forces you to troubleshoot and figure out what’s happening (which ultimately teaches you more than when everything ‘just works’). On the other hand, however, when you pay a couple of thousand bucks for a training course, it’s kind of disappointing to realize that clearly nobody has actually tried the lab out using the instructions in the book (clearly so, or they would have discovered that the labs didn’t work, and they would have fixed them). One page of the FWSM labs alone had four errors in the configuration, and a further two errors in the same task’s overall configuration. Consequently none of the tests for that task were successful, and time had to be spent figuring out whether the error was mine or was in the lab book. Interestingly, the labs do not extend to Day 3 – that’s pure chalk and talk – which seems like a missed opportunity – but maybe that’s a consequence of shrinking the course from five to three days.

Day 3 naturally covered the remaining material – completing the FWSM then moving on to the Network Analysis Module (NAM). This is a short day – ideal for those who have to get flights out of there. There’s not a whole lot to cover in these chapters to be honest – I felt a little underwhelmed by the content for this day, and really had hoped for some more. Still, it is what it is – I’ll go back over my notes and get ready for the inevitable exam, and hope that it’s all just as “easy” as it seemed going through the course 😉

My main thought as we came to the end of the material on the last day was basically “What on earth did they do to stretch this material to five days in the original course?” There is three days’ worth of content here at best. Talking to the instructor, it looks like in creating this ‘bootcamp’ some labs got dropped and some slides were removed, but my belief is that it must have been a very slow five-day course, so I have to fully recommend the three-day approach.

My personal experience has been very focused on the 7600 platform (a different Business Unit), so if nothing else I did gain some insight into how the 6500 business unit has progressed differently to the 7600. As usual, any thoughts that the two BUs should share technologies to benefit both platforms is just wishful thinking on my part.

From what I can see, this course doesn’t see the light of day too often; I guess at this point in the products’ lifespan people feel like they already know what they need about the 6500 platform, and few care about the 4900 platform (cue arguments in the comments – bring it on). I think what’s probably needed is a more in-depth course covering the challenges of designing and troubleshooting the VSS technology, as that’s likely to be causing more pain to people in the real world right now. The rest of the course was pretty low level technically, and covered a lot of what is really marketing material and product specifications. And being a course that has some age, it’s not up to date with things like the 6513-E chassis and the allegedly up-coming Sup-T2 supervisor with 80Gbps per slot on all slots in the 6513. I could argue that this particular technological leap is about, ooh, two years too late, but that would just be ungracious of me I guess. Next thing you’ll be telling me that there’s a NAM module that can cope with more that 1GB per port. Oh wait, that has been promised for three years now hasn’t it? Hmm. It’s fascinating to me to consider the new promised Supervisor with the doubled backplane speeds bearing in mind the “Nexus is not here to replace the 6500” line of thought (see my review of DCNI-2 for more commentary there). The 6500 clearly has some legs yet – and perhaps some legs that weren’t originally on the roadmap a couple of years ago.

As before, the instructor is safe from any analysis here.

Overall, if you have been using the 6500 platform for a while, I could not recommend the DCNI-1 training; there simply isn’t enough new material to be worthwhile. I felt like the FWSM content was just filler (or an attempt to persuade more people to buy one). However, if you’re absolutely new to the 6500 (where have you been?) you’ll learn important things about the hardware so maybe it’s worth a shot. Good luck! 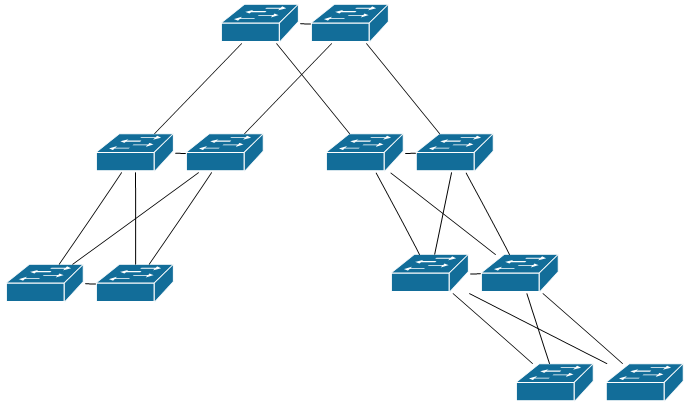 So You Think You Have Layer 2 Problems? 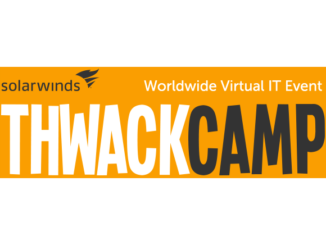