If you’ve ever tried to interpret an A10 Networks load balancer configuration, or some Cisco Modular QoS CLI commands, you’ll know that doing so involves following references to other parts of the configuration, inevitably ones that appear earlier in the configuration than where you are now, using a display pager which doesn’t support a back command to scroll up a page at a time. In short, it’s a huge pain. The same applies to Cisco ACE and CSM load balancer configurations. The modularity is beautiful and logical, but it’s a massive irritation to reverse engineer. 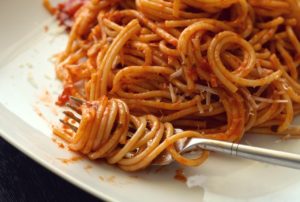 I work regularly with A10 Networks load balancers. ACOS (the A10 OS) has a CLI and configuration format that’s very similar to Cisco IOS. Looking at a particular vPort (A10 terminology for a particular Virtual IP (VIP) and Port combination) and trying to figure out which real servers are related to it is irritating to say the least. Here’s an example of the configuration in the order it appears when you view it:

As can be seen, a number of elements contain references to other elements. For those familiar with F5 or Cisco ACE rather than the A10 load balancer, here’s a brief mapping of some key terminology:

With that in mind, here’s a diagram of the same A10 configuration indicating the backwards lookups required to fully understand it: 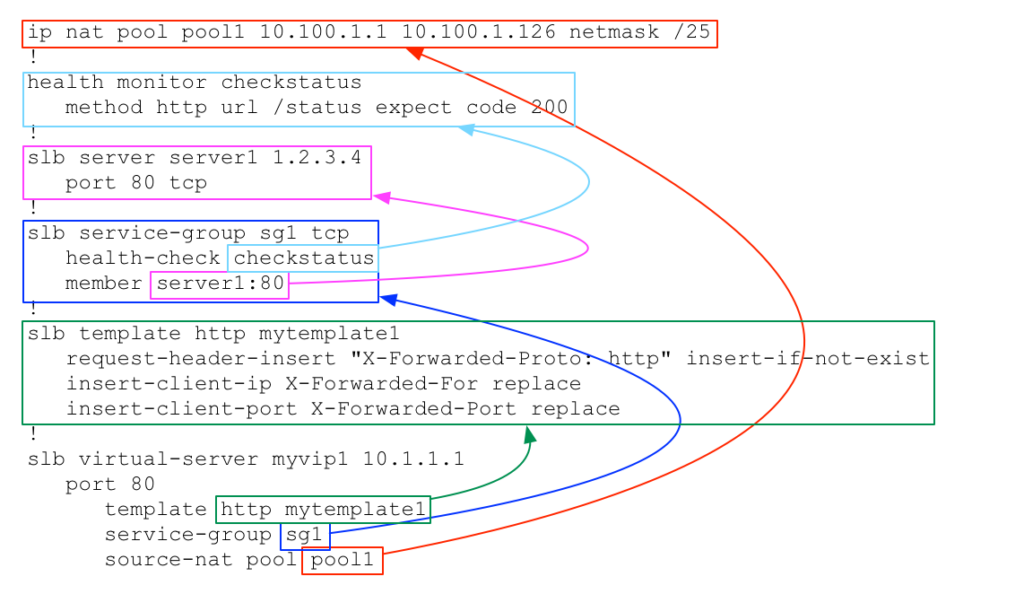 And so, because I’m fundamentally all about making things simpler, I created a little tool called the A10 View-o-matic, which processes A10 configurations so they can be viewed on a web page while automatically resolving and embedding all the references for you. The idea isn’t to view the entire configuration, but rather to focus on the VIPs and the configuration that makes them work, because that’s what my users are actually interested in. Here’s an example:

At first glance it looks like the regular virtual-server configuration, but there are a few additions:

Expanding the folds for the first VIP shows some of the information it’s possible to embed: 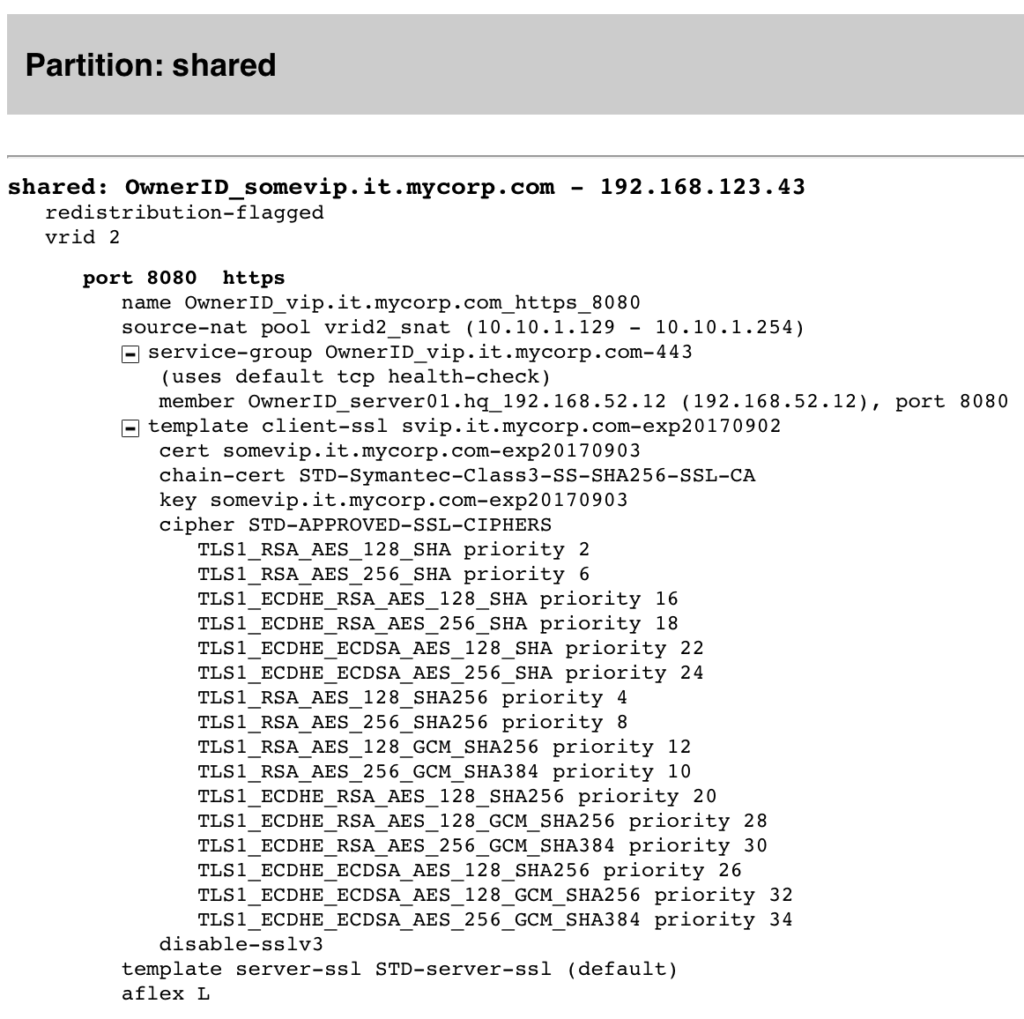 When the service-group is expanded, there’s a comment added that the group (uses default tcp health-check). The client-ssl template expands to show the referenced SSL cert/key, and where the client-ssl template has a link to an SSL cipher template, that too has been expanded and included in the fold. Here’s the second VIP:

The service-group in this second VIP has a non-default health-check applied, so another [+] appears within the first fold. Expanding it, predictably, reveals all:

It’s All In Your Head

The header bar allows the user to Expand All (which, as the name implies, expands all folds with one click), the user can jump to any partition by selecting it in the dropdown, or can move to view the configuration for any A10 they are permitted to view. I’ve also set up the ability to filter the output based on VIP name. This works well in my case because I helped develop a standard for naming objects within the A10, including the use of an integer identified as part of the virtual-address name, replaced by the text OwnerID in this example. Using this convention I can easily produce a view of all VIPs relating to, say, owner 1234 by specifying that the VIP name should contain 1234_. This capability allows me to generate web pages for different user groups where they can only see their own VIPs and, equally importantly, they will only see referenced configuration that’s currently in use on their VIPs.

Interestingly, the A10 command line does include a command to do a little bit of automatic referencing for you:

The only irritation is that the show slb virtual-server bind does not allow a single vserver to be viewed; it’s an all or nothing deal (heaven only knows why). Still, for interactive checks it’s a good command to know, and it includes service status, which my script — based on the configurations — does not. I’ve been considering a version which could get element status in real time, but that would be getting perhaps a little bit more complex than I want to get for what was originally supposed to be a quick hack to allow a service owner to see their own configuration.

At some point I’ll find the time to refactor the code a little, figure out why I needed hacks in a couple of places to make it work properly, and fix those bits. Then maybe I’ll shove it up on github to be pulled apart.

Update: The code is now available in github as https://github.com/jgherbert/a10-2-html.

The thing is though, it makes me think there are two things needed in the CLIs of these devices:

As ever, I dare to dream. Hope this was vaguely interesting to some of you.