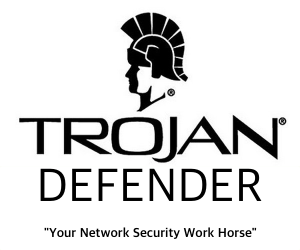 This week’s comedy gold was listening to a conversation emanating from a nearby inhabitant of our corporate cube accomodations, where one of my colleagues, Bob, was explaining to another coworker, George, the reasoning behind the decision to deploy firewalls to a particular new location.

Roughly summarized, the argument was this:

(No; I confess I had not anticipated ever typing that particular sentence, and I hope I never have to type it again.)

When you want to have sex, you decide whether you want a baby, and thus you choose whether or not to use contraception. If you don’t use contraception, while there’s no guarantee that a baby will arrive, there’s a real good chance that it will, so don’t be surprised if it does. Contraception isn’t perfect, but it at least reduces the likelihood of having a baby.

I confess I was laughing hard as I listened to the explanation because it’s an inspired analogy. However, buried somewhere in my subconscious was an Australian voice saying something like All these security products are a waste of money. It’s cheaper to save the money you would have spent, deal with a breach when it happens, and move on. I’m paraphrasing, but I think I have summarized the core point that Greg Ferro (you guessed that already, right?) was trying to make. I felt I should share this opinion as a counterpoint to the default typical corporate policy of adding lots of security devices to the network, so unusually for me (I normally just heckle from a distance), I got up and walked round to the cube in question. 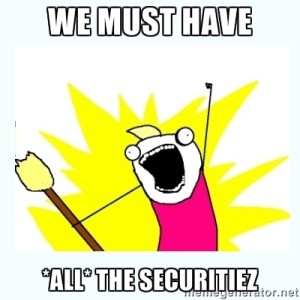 I began crafting my interjection in my head, and as I closed in on the cubicle I was faced with the dawning realization that there was only one way I was going to be able to make this point and stay within the original analogyscape (yes, I made that word up, but it’s a good one, right?). And so it happened like this:

Ok Bob, I’m going to call you on this one. There are some people who would argue that since contraception is unreliable it’s a waste of money, so it’s better to just have sex with wild abandon then pay for an abortion if it becomes necessary.

Not my proudest moment, but the facial expressions and brief silence that followed as this thought was processed were worth their weight in gold. In my rosy recollection of events, Bob and George both laughed. Thinking back now, it’s possible that these were nervous laughs, the kind that go with a Make him think he has won or he will only spout more repugnant nonsense thought process, along with covert glances between the two of them. HR hasn’t contacted me yet, which I am taking as a reassuring sign.

Please address all complaints to Bob, as it was his analogy in the first place. And Mr Ferro, I hope you’re proud of what you have created. Represent!

Note: Names have been changed to protect the guilty.