I will be posting in the coming weeks about some of the individual presentations, but while I dry off from the information firehose I thought I’d briefly summarize some of my personal highlights from the week. 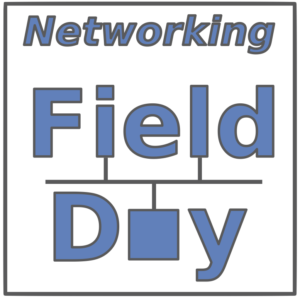 One recurring theme throughout the week was automation. Cisco for example, spoke about the capabilities for Zero Touch Provisioning (ZTP) in IOS XR. Juniper presented the OpenContrail platform which, impressively, appears to have a new and very positive sense of direction after (in my opinion) floating around somewhat aimlessly for a while. Extreme Networks spoke about Workflow Composer, and its ability to integrate with tools like Splunk to auto-remediate detected issues. VMware demonstrated the impressive capabilities of NSX to configure distributed firewalling and microsegmentation down to the container level, while VeloCloud from VMware demonstrated another facet of automation, that of the software defined WAN.

Another key theme was telemetry and monitoring. Thousand Eyes has introduced a new product called Device Layer which helps diagnose the root cause of performance issues from apps down to network devices. Cumulus showed the power of a distributed state database when queried by their CLI tool, netq. Extreme Networks’ Insight Architecture can perform distributed packet capture, and both Juniper Networks and Cisco Systems discussed streaming telemetry from their respective devices.

If I had to pick a few presentations not to miss, I’d suggest:

These are my personal favorites so far, but there was plenty of other good content this week. I would happily have continued listening to any of the above for longer than was possible. The NFD delegates can be a challenging audience, and I tip my hat respectfully to all the presenters who stepped up to the plate!

Don’t be silly; of course I won’t be telling you that, but I genuinely have respect for everybody in the room; all of them brought something unique to the table that I didn’t or couldn’t and the assembled brain trust was daunting to say the least. That’s always one of the inspiring things about attending a Tech Field Day event and a great reason why you everybody should consider whether to apply to be a Tech Field Day delegate.

If you didn’t catch the live streams that were broadcast, you can catch up on the videos on demand any time. The videos are being posted as quickly as possible. The videos from Day 1 have already been posted (Juniper day 1 of 2, Thousand Eyes, Extreme) and the others will follow soon. Watch the Tech Field Day Vimeo stream for updates.