In the continuing series of “Junos is just mockin’ me now” posts, here’s a recent Whiskey Tango from an EX4200 virtual-chassis running 12.2R2.4:

Uhhh… I loaded the patch, and was unceremoniously disconnected?

It’s not clear to me what was going on here. Did Junos throw me out? Did ssh glitch somehow and was unhappy about something it received? I was able to reproduyce this repeatedly and consistently. Interestingly though (perhaps), the patch was actually loaded successfully. For me to know that the config was loaded means that my user session was not cleaned up and my config was not ditched.

On reconnecting to the switch and going into configuration mode I was presented with an all too familiar warning:

Joy. I was not only dumped out for some reason, but apparently my session is still hanging there. In case you don’t know, it’s fairly easy to fix this. Grab the pid from the listed session (in this case 60050) and issue this command:

Tadah, the dead session is gone.

When Is The Difference Between A Diff?

So I still have no idea what caused my SSH disconnection to happen. The patch file was valid (it was created on the switch itself). Once I had re-entered the configuration manually and committed it, I tried loading the patch again. This time I was not disconnected though. Although, with some amusement I did try loading it then doing a show | compare, and the pedantic accuracy of this diff can’t be ignored:

That’s all. Just thought I’d share my fun for the day. 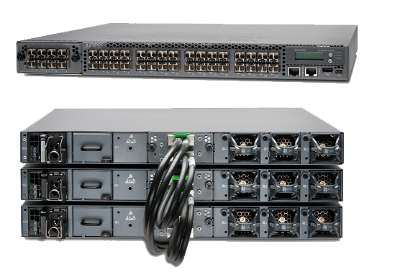