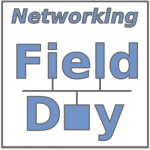 Shortly after Networking Field Day 7 (NFD7), the lovely folks at Packet Pushers reached out to the delegates to record a discussion about the issues that were prevalent throughout the event, whether in conversations between delegates or as raised by the vendors presenting to us.

The discussion was so long, it ended up being split into two and released as two (almost) 1 hour podcasts, and now that the second part of the discussion has been posted I’m delighted to link to these for your listening pleasure, just in case for some insane reason you are not already subscribed to the PP podcast!

Topic covered include (and I’m taking this right from the PacketPushers site):

Our host for these discussions is Ethan Banks, and to give credit where it’s due I thought he did a really great job in guiding the discussions and linking the topics together on the fly. Thank you, Ethan, for letting me participate.

I think most people will get something out of these discussions, even if it’s just that you want to argue back (which you can do in the comments on the PacketPushers show posts linked below)!