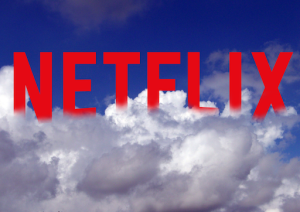 Last month, the announcement was made that after seven years, Netflix completed its move to the cloud. While offering my sincere congratulations to Netflix, it begs the question what chance smaller companies have of moving successfully to the cloud.

I love it when a plan comes together; it’s great seeing multiple threads in different places intersecting, and the news from Netflix pulled together a few things from the last 12 months in a rather interesting way.

I first heard about the Netflix announcement by listening to the Packet Pushers Network Break episode 74. I don’t have enough time to keep up with all the industry news direct from all the sources out there, so I try to listen to podcasts on my drive into work. Network Break is one of my favorites, with Drew Conry-Murray and guests rounding up the week’s news and sharing their opinions.

The Netflix announcement explained that the company migrated from a monolithic app to hundreds of micro-services. Rewinding the clock to ONUG Spring 2015, I listened to a presentation from Battery Ventures’ Adrian Cockroft, in which he espoused the benefits of containerized micro-services. The idea is that if each function of your software is its own little service accessed via a REST API, then you gain two big advantages:

I wrote about this in a post titled A Look Back at ONUG Spring 2015 on gestaltit.com.

Whether you use cloud computing or not, telemetry is the current buzz in network management. Last November, Cisco set up a day of presentations for Data Field Day Roundtable 1, one of which was from Netflix’s Matthew Johnson. Matthew described the Netflix Atlas Telemetry system. Atlas supports the ingestion and analysis of an enormous volume of data, and allows Netflix to run adhoc queries on the data with remarkable speed and simplicity. In addition to the Matthew’s video in the previous link, you can read more on the Netflix Blog. Netflix have also released the code publicly, so take a browse of Atlas on Github.

And There It Is

My favorite podcast, ONUG Spring 2015 and Data Field Day Roundtable 1 all came together to tie up the story about Netflix completing its move to the cloud.

I mentioned smaller companies in the introduction because as Greg Ferro correctly noted in the Network Break podcast, if it took a company with the skills and resources of Netflix seven years to go from decision to completion, what hope does anybody else have? Not everybody is at the same scale as Netflix, but even so, it has to make you wonder whether if other companies think they can move to the cloud easily, are they missing something? One thing that is for sure, if you simply take your existing services and map them 1:1 to AWS VMs, you’ll most likely go broke soon enough. AWS is its own environment, and it’s necessary to work within that framework if costs are to be managed. Netflix has a level of expertise in that environment that few are likely to equal, yet it took them seven years to complete the task. Food for thought, don’t you agree?